Wargaming Has A Lot to Offer TTRPG Players

Recently a crowd of story game developers started branding Dungeons & Dragons a "wargame."  I thought this a bizarre step in the eternal game of linguistic chess that people seem to like playing these days. D&D might be a lot of thongs, but it certainly isn't a traditional wargame, or even a Freikriegspiel. It is constructed to provide a very different challenge and experience to wargames, and has mechanisms they will never need.
Whether Dungeons & Dragons accomplishes the goals for which it was constructed effectively or not is it worthwhile question. But this is not really the discussion they are trying to have.

Although, I suspect that part of the problem is that the people playing this game of nomenclature are operating from a narrow, story-telling and play-acting definition of "roleplaying." They are setting out to claim that Dungeons & Dragons is not a role-playing game because it does not exclusively encourage the type of role-playing they enjoy. Again, this has been a linguistic disconnect since the 1980s. They want to exclude versions of the hobby that don't fit their intentionally narrow criteria of it. Which makes their commentary less than useful.

Honestly, it wasn't really worth taking the bait on that discussion, but it got me thinking:

I have played a few war-games in my day. GW's, Battlemasters and Warhammer 40,000, and FASA-era BATTLETECH mostly. With as mattering of small indie role-playing games here and there. And I do believe that they have improved my skill as  a GM and amateur game designer considerably. Mostly because it gives you a broader perspective on the whys and wherefores of TTRPGs.

Here are some of the benefits I have personally gained from playing wargames.

By playing a wargame that evolved in parallel to Dungeons & Dragons, like Warhammer Fantasy Battles, you see why & how RPGs evolved. The moment you have a wargame's constraints you start looking for ways to transcend them. Like looking at a tree on the battlefield and thinking "if I could just knock that down, it'd give my troops so much cover." You start seeing how WGs necessarily gave rise to a progression of Stratego, Braunstein, Greyhawk, and the Freikriegspiel Renaissance. 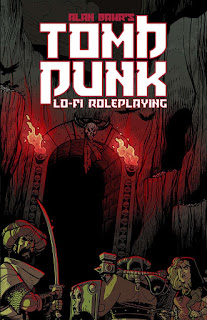 You immediately understand the robustness of a good ruleset both by looking for an in-game mechanical way that you could fairly adjudicate knocking down that tree. And by seeing how D&D combat scales so easily from individual to massive scale combat.

It gives you a different angle to see how rules function because as a role-player or Storygamers you are dealing with a whole new set of constraints. Wargames tend not give many subsystems or specialized characteristics to work with. Most have a system or two to handle anything that might occur on the battlefield.

It makes minimalist rules, Like Alan Bahr's Tombpunk seem all the more brilliant, because you can see using them at a wargame table, and instantly see how the built in task resolution might scale up to cover whole units. And you can see ways to use them for things they aren't already used for rather than creating new subsystems.

During a wargame, you see emergent play and narrative in an utterly unforced way. A story happens in a wargame, even though creating one is not its goall: Heroes emerge. Tragedies happen. You fear for some units, and feel triumphant for others. You see sacrifices made and judge the ruthlessness of your opponent or the nobility of a piece of plastic given a character in your imagination accordingly.

This can be very humbling for a GM: you realize how little it takes for a satisfying and immersive experience to occur.

Once you have experienced this, it reduces your need to make Story happen, either by forcing events, or building mechanics, because you know how little it takes to let it happen on its own.

Because there is no GM in a wargame, you see where the real onus for the "story" comes from: Players and dice. This can help a GM can learn to relax away from controlling the game, and allow themselves be a vessel for the emergence of the narrative from play.

You Get a Better Sense of the Pliability of Narrative

As a corollary, you can also learn just how much you can steer the narrative with very little effort. One small move drastically changes how the players and observers experience the narrative of the Wargames. 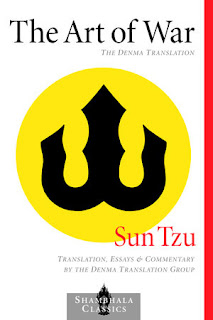 Sun Tzu's The Art of War is primarily a guide for mitar commanders in a specific mindset to become a better general. The general is taught to cultivate a detached receptiveness and a level of situational awareness that allows them to be aware of Shir... The flow of energy, attention, & human behavior in battle so that you can make split second command decisions based on intuition and a few useful principles, rather than relying on rigid battle plans.

Wargames can hone you to feel the flow of narrative and how minute changes to attention can transform the player experience and immersion. And how much of it is player - not GM - generated.

It Frees You To Reimagine RPGs' Play Structure

Wargames show you how much of the RPG experience is created without the need for a strongly narrative - oriented GM or its myriad rule subsystems. And you appreciate where those same things enable RPGs to do which wargames honestly cannot. Such as operate in the Theater of the Mind, or build AI driven NPCs on the fly.

This in turn enables you to think about the how's and why's of your ruling and Hacking the rules in a slightly different way, because you understand your role a little differently.