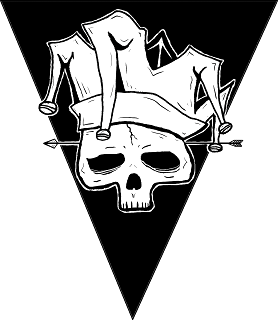 Outside of Mark of the Odd, the OSR hasn't got too many open engines of its own. It relies quite heavily on using rules borrowed from various editions of Dungeons & Dragons mixed with a massive array of house rules that have been shared by the community over the years, arranged in different remixes. Other, older rulesets like Advanced Fighting Fantasy and Warhammer Fantasy Roleplay also make appearances as remixes (Troika! and Zweihander, respectively.)

The OSR hobby hasn't needed too many alternative game engines. Using pre-existing and familiar rules was part of the original notion, after all. As the OSR has become more alienated from Wizards of the Coast, many OSR creators are looking for options that allow them to distance themselves from the company and reliance on licenses that they control. There have been a few open engines coming from the OSR in the past five years.

One engine that is picking up steam at the moment is Knave. Created by the YouTuber Ben Milton of Questing Beast fame. I reviewed it last year here. Knave has recognizable elements of Dungeons and Dragons, but each and every one of the modified to the point there it is not quite like any edition of Dungeons & Dragons, it is still close enough to D&D that you can use old school modules like Keep on the Borderlands with it.

Knave, and and Milton's other engine Maze Rats are both seeing some remixing and modification in the OSR network.

Both of these engines I released under a Creative Commons license, anyone can create a Knave or Maze Rats based game so long as they attribute Ben Milton.

Knave is a d20 roll over system. Characters use a variation on the six classic D&D attributes, which they are generated by rolling 3d6 down the line, taking the lowest die, and adding 10. Characters have a d8 of hit points, and otherwise have a gear-based ascending AC and a number of equipment slots based on their Constitution score.

Knave has mechanics to be an entirely player-facing game. Rolls to determine the outcome of non -combat skills works against a fixed target of 15. Or the relevant attribute of an opponent in the case of a derived stat. (Monsters are treated as if they had a universal attribute of 10+ HD). A monster's hit die +10 can be used as an attack value, and the OC's Armor bonus treated as a bonus to a d20 roll for avoiding harm, rather than the GM rolling an attack vs. the PCs armor defense.

Magic is levelless, with no spells that do damage. There are a hundred short spell descriptions in the manual. Any spell discovered exists inside a spell book which takes up one slot of a character's inventory. Meaning, a character who wishes to be a magician will be carrying spell books and not much else.

Likewise a character who wants to be a warrior is going to take up multiple slots with a suit of armor, a shield, and multiple weapons, reducing their opportunities to act as a skilled problem solver.

In this way, nave is a classless system, but still encourages specific and specialized player character roles.

Character advancement occurs with every 1000xp , XP rewards are assessed based on the risk to the party, ranging from 50-200 per challenge characters gain an additional hit die and roll all hit dice to determine their new ho max (with a minimum of the current maximum+1). They also may raise three attributes by +1.

Equipment has a quality rating that can degrade as a function of critical hits or misses.

Knave can be used to run any OSR module with minimal conversion, which can be done on the fly.

Knave is a system that attracts rules hackers. Given it's open license, relative simplicity, and high compatibility with OSR products, it is an attractive base for building up new systems.

Many of the hacks and derivative games out there such as Knave++, Glaive, Brave, and Grave integrate various ideas from The Black Hack, GLOG, and Mark of the Odd to add in play elements that knave itself doesn't offer. Some, like Brave also rejigger a few core rules for simplicity.

If I were to describe the way in which Knave is typically hacked, I would say that difference games and D&D in different elements based on which parts of the osr experience the creator wants to emphasiz:

Knave is under a CC-BY 4.0 license, meaning that you can create a derivative of Knave without any special requirements except to credit Ben Milton and reference the license.

Strengths of the Engine 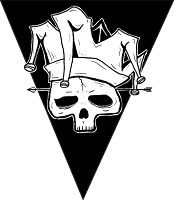 Knave is designed for fast play that is focused on narrative. It's rules are light and simple, while remaining entirely compatible with OSR systems using practically no serious conversion. Any alterations can be done on the fly simply by making sure you know what a creature's hit dice plus 10, and trading gold pieces for silver pieces and silver pieces for copper pieces in treasure hordes. Or, alternatively, switching the Knave equipment tables to a gold piece standard.

Adjustments to the magic system can make magic feel more like Dungeons & Dragons as well in fact, one can simply give a character spell books with one spell each, and require them to roll to retain the spell upon casting, and have a character who will feel very much like a a D&D magic user, at least at lower levels.

The system is exceptionally robust; new mechanics can be grafted on and adapted to it without too much difficulty. Ben Milton built the system by borrowing his favorite elements from existing OSR creations. It borrows heavily from Index Card RPG, Mark of the Odd, and the Black Hack already. And because of it, there's a certain compatibility with these smaller osr systems already.