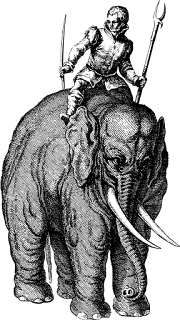 One thing that's worth considering when you talk about opening game in exactly how necessary they are. The big elephant in the room is that game rules cannot be copyrighted.. you cannot, in fact, own the rules to a game like Dungeons & Dragons.

Likewise, the specific way in which the game is expressed, it's tables, the language used, can be protected as intellectual property. The Dungeons & Dragons Players Handbook as it is currently written and designed can be copyrighted. (The title "Player's Handbook" also cannot be copyrighted.)

>The d20 mechanics? The proficiency bonuses, character classes, and monsters that are named after mythological or public domain beings? Not so much.

Anyone could rewrite a game's rules in their own words and if they are sufficiently reworded, require no licensing from the original games developers. This is part of the reason why we had such an explosion of role-playing games in the early '80s. Any company with a shirt in the small press or boardgame industry could create a game by re-writing competitor's rule-sets and re-flavoring them,

For that matter, a number of role-playing games that are popular right now are built on older engines rewritten with little or no relationship to the original writers. Troika! Numinous Edition, for example is built on the old Advanced Fighting Fantasy engine, but does not credit it primarily because the current rights holders to Fighting Fantasy have opted not to have any working relationship with its creator. Whether they like Troika! or not (Daniel Sell assures me they do not,) is immaterial, there's no legal action they can take to stop him or and a few others in the OSR community from building games on the engine.

So why use them?

The simplest explanation is that they are a marketing tool. If you put that "Troika! Compatible", "d20 Compatible", "OSR Compatible" marking on the front of your book, fans of existing systems know that your creations will work with the products they already have.

In some cases, the brand can tell a lot about the nature of the product. For example, if you declare something is Lamentations of The Flame Princess compatible, people can have a reasonable expectation that you are going to give them a strange, dark, weird fantasy experience where combat is going to be de-emphasized, and where disturbing secrets are the major reward for investigation. If I declare something is Troika! compatible, you can expect that it is likely going to be offbeat and surreal. If I create a product that is Best Left Buried compatible, you can be reasonably sure that you are going to run into some dark, gory dungeon crawling.

It essentially makes reaching an audience for your creation easier.

I personally often troll the internet for a products specifically for Lamentations of the flame Princess, OSE, Labyrinth Lord, and Low Fantasy Gaming. While all these systems are inter-compatible, as would they be with just an "OSR" compatible logo, I know I'm going to get a specific aesthetic or style of adventure based on those particular compatibility markers.

Even just knowing something is d20 compatible means that I will know that I know how to use the system and it will work with my 3e D&D books on the shelf.

In effect, declaring yourself compatible with a system and following the rules of its license grants you the ability to make yourself easily seen.

But it is a nicety. And one that people can walk away from it anytime. Which is why increasingly we are seeing OSR compatible games that step a little bit farther away from the Dungeons & Dragons systems from which they are derived and set their own license using Creative Commons or their own independent and unique license, such as ICRPG and Knave.

I do suspect that some larger companies my try to litigate simply to make copying their system, too expensive by way of court and lawyer fees/