A Syllogistic Approach to Game Choice 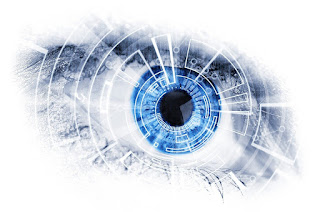 One of the most annoying forms the discourse around  Dungeons & Dragons takes is the discussion as to whether or not there's a right way to play the game.

(I mean, there are some more annoying forms of discourse, but I would rather not engage with them.)

There are a few people, some of whom I played or conversed with who have a clear ideas of what constitutes the right way to play D&D. And they are connected to some guys who are very happy to harp on it ad nauseam at the top of their lungs. And the funny thing is they have great arguments that no one wants to hear because of how they are presented.

I've played D&D number of ways. In fact I've gone through phases that correspond to each of the six cultures of play recently identified by The Retired Adventurer, which is a compelling article. And here's the thing, they each yield radically different results, and have radically different experiences from one another.

None of these are the right or wrong way, but there are wrong ways to play if you are looking for a particular experiences. For example, if you want a campaign that lasts a very long time, do you need to consider having robust Dominion rules.

If you want a campaign where players treat combat as a dangerous last resort, using rules from morale and keeping combat lethal well offering XP for other ways of overcoming obstacles is critical. If, on the other hand, you want Dungeons & Dragons to work like a place of healing, you are a far better off using a more modern edition or combat is relatively easy and victories are designed as a form of catharsis.

I highly suggest that when we talk about D&D and other TTRPGs we keep it to a syllogistic model. That is to say, we need to point out that "If you want X-Play experience, then you need to use Y sorts of rules and foster Z at your table."

I am going to put some examples down here of various tools and the results they yield.


At the end of the day, I do believe some play experiences will be more exciting, more challenging, and more satisfying in the long term than others, and that is what I want from a game. Thus, I am going to get more enjoyment out of Gygax's style of AD&D than I will out of Fate CORE.

But there are days where I feel like an alien being. I hardly expect the unmutated humans to like what I do  if we want to persuade people to try things like 1:1 time in D&D, we have to explain what we get out of the game