For those of you who are interested in an update, I completed a 148- page manuscript for Deathtrap Lite just over two weeks ago.

When you edit your own work, however, it is easy to keep missing the same thing over and over again, so I started a second project: Midnight Zone. My idea was to create a distilled version of my Over Six Engine that was not as interested in being OSR compatible, while still using OSR-style time keeping, initiative, and NPC randomizers.

I made it into a Cyberpunk system (or it might be better called Post-Cyberpunk) so that I would be forced to go over everything with a fine-toothed comb to make sure I was consistent with the new genre. It has helped me catch a few inconsistencies, unclear rules, and typos right away.

I am really proud of Midnight Zone, it is strange, offbeat, and takes Cyberpunk into a very different hostile environment: the floor of the Antarctic Ocean.

So here are some screens hots to whet you whistle : 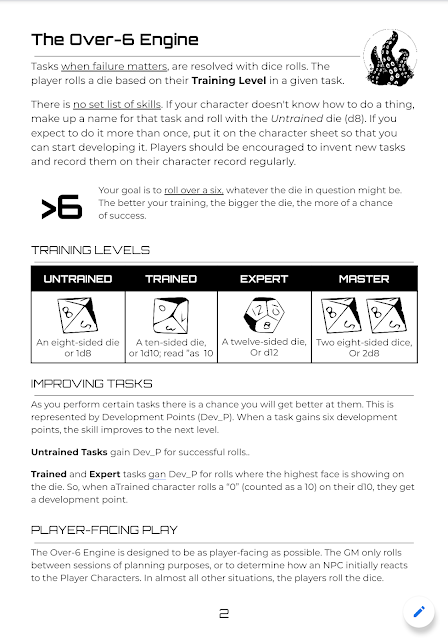 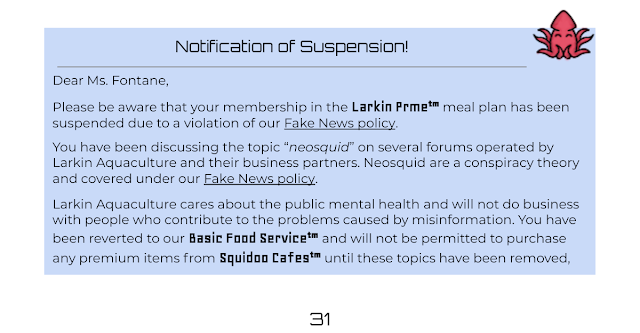 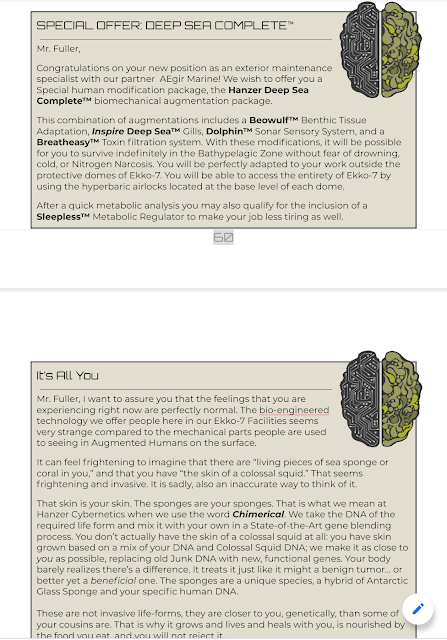 All text presented in these images is ©2021 Brian C. Rideout, Some Rights Reserved, released under a CC-BY 3.0 License.

And I wanted to remind you that a preview of Deathtrap Lite is PWYW on DrivethruRPG.