How D&D Was Engineered Away from Old-School Play.


Back around 2004 - 2006 I was highly active in the official Dungeons & Dragons forums. (I used the username goon-for-hire, if any of you remember.)  One of the things that was very clear at that time was that Wizards of the Coast was constantly seeking more information about how the game was being played. We saw an endless series of surveys, questions from official staff, and outreach to try and get a handle on who was doing what with the game. And we could frequently see adjustments to the game appearing with every manual that showed they took the surveys to hear. Sometimes for good, sometimes for ill.

Dungeons & Dragons 3rd Ed. and 3.5 had been something of an experiment. Third edition was an attempt to unify the game's mechanics; to make everything fit on a d20 roll. it was also an attempt to make D&D work a little more like it's popular competitors, which at that time were games that were heavy on story, like Vampire: the Masquerade.

This led to a number of rules being sidelined or modified heavily I've covered a few of them in my previous articles:

The Dungeon Master was expected to be in control of far more of the narrative.

One significant place where they simply could not effectively shoehorn things into d20 rolls was hirelings, henchman, and followers. In earlier editions of Dungeons & Dragons, having a small crew of NPCs to do things like carry loot out of dungeons was pretty important. One's charisma scored determined how many people they could lead into a dungeon, and how loyal those people could be.

Without clear guidance on how to handle NPC allies outside of having a separate set of classes for non-player characters, they became less likely to be used.

Part of the whole point of the original Dominion system was to reward player characters with a handful of loyal low-level protegees and retainers. In fact in the advanced line of dungeons and dragon's product, that was the only clear benefit of establishing a dominion.

Discarding rules that didn't fit the d20 model, making others optional or underdeveloped, and expecting a higher level of Dungeon Master fiat over story (while radically reducing their control over action) had some curious and unforeseen effects.

One of the biggest of these was that combat became a focus of the game. Monsters tended to fight to the death. Negotiating with them was extraordinarily difficult at low levels, and comedically easy at high levels. Adventures we came less about burgling treasure, (which was no longer rewarded with XP,) but about slaying monsters (which now rarely flee) or advancing plot points, which is what was rewarded in the game structure, anyway.

In the defense of the d20 era designers, the DMG included a suggestion that avoiding a monster, or stealing its treasure should be rewarded half- or all of the experience that defeating it would. And players could easily level simply by being clever that way. This idea, as it was an optional rule, it was ignored accordingly

3.5 strongly reflected this. The more that developers heard that players had become focused on combat, the more they optimized for combat. First through the tweaks in the 3.5 core books, like making the Ranger significantly tougher in hand-to-hand, or making clear rulings on how often a Rogue could sneak attack (i.e. with every attack if the player showed the slightest piece of tactical acumen.)

It also became reflected in the types of options offered and things like the Player's Handbook II and the "Complete" series, which steadily offered more options for optimized combat builds.

In other words, the developers created the conditions where Dungeons & Dragons was likely to become a combat game unintentionally, and then when they heard how much combat was occurring, continued to optimize the game for combat.

This self-perpetuating loop, where developers created a change in the game's structure that changed how it was played, then heard that the game was being played differently, and so then reinforced that structural change, believing they were following a trend, has appeared in a number of ways as the game advanced. It is reminiscent of the Andria Paradox o a number of levels. 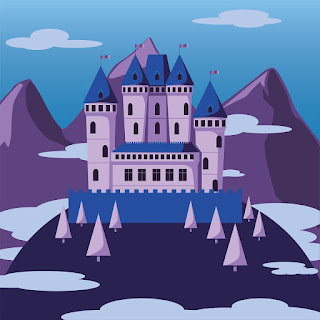 One of the strongest examples to me is in regard to what levels players actually play at.

The Leadership rules were not a very good substitute for Dominion. Campaigns that used Leadership were highly uncommon because the rules were hidden in the DMG in 3.0, and then pared down when they were presented in the PHB in 3.5. They included nothing about that Leadership ability relating to status or acquiring land. Having a stronghold only offered a modest bonus to the number of retainers you could keep.

Without the idea of earning a title or power as a reward, putting down roots, or settling land, and accordingly putting a stake in the happiness and safety of the group of NPCs, PCs tend to not to become as deeply invested in the game world. By the time they defeated their first or second major threat, the game had run out of steam. The challenges and character direction that Dominion level play might have the created failed to emerge.

After all, if all the PCs were doing in a world was hunting a particular villain, once that villain is defeated, what else is there to engage the players in that world.

This was not helped by the fact that there were relatively few creatures  built for high-level play. Challenge ratings 12 and 13 in particular were a bit of a desolate space unless you wanted your player characters to be fighting nothing but dragons or evil outsiders. By the time the fiend folio was released to correct this, I was it had established a pattern.

As the developers listened to their surveys, what they were hearing was that play tended to peter out at 11th or 12th level, and reached its crescendo at 10. As a result, future redesigns of the game such as 4th and 5th edition were built on the assumption that most campaigns will never reach much past 10 to 11th level. They changed the rate at which player characters gained power to reflect that, and put less energy into high level play.

By stripping Dominion level play out of the game, they had made play above 10th level less viable; they created the situation where the game wouldn't proceed much beyond that point. When they learned that people weren't playing past 10th they assumed that it was simply how the game was enjoyed. Instead of adding back in the elements that might have made high-level play more interesting, they simply neglected the higher levels.

The Death of Immortal-Level Play

A similar thing occurred with immortal level play. Ascent to godhood was a part of the arc of the player character in the BECMI line, and implied in Advanced Dungeons & Dragons as well as an endgame for high level characters.

Whild et was hinted at in 3e's Deities and Demigods, that manual was an early release, and was not kept in print very long period. By the time many campaigns ight have been ready for Immortal play, Deities and Demigods was hard to acquire. Nor were its rules particularly clear on how ascent to godhood worked,

Looking at early feedback on Deities and Demigods, it was easy and understandable that the WotC team reached the conclusion that Immortal level play was uninteresting to the players.

From the conversations I had at the time, it seemed reaching the point where people were ready to play immortal level play was stymied by the lack of dominions, and the early, (not to mention vague) release of the rules. Few campaigns had reachec high enough level to include Immortals before the book where it was detailed on how to become immortals were taken off the shelf.

There had been implications early on in the forums that there would be an expansion to the Immortality rules in Deities ad Demigods in 3.5 (along with Epic Play) that never materialized. 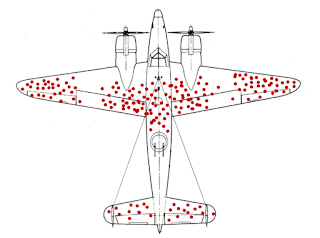 Starting with 3rd edition, Dungeons & Dragons began a radical shift in culture and play-style. Some of this was an attempt to become relevant in the face of a changing market. Much of it was unintended consequences of changes made to the rules.

As the game's developers surveyed the players to understand how the game was being played. There was an assumption made that the way players were running the game was indicative of the best or most fun way to play, rather than being - at least in part - a product of the system itself.

That is not to say that the new style is either wrong or less fun. I will maintain that Old-School play and Story-driven play both have their virtues an their vices, but I do see it as a lost opportunity. If WotC had a clearer idea about the potential of fragile characters, high level, dominion, immortal, and randomized play, we might have no need to make choices between OSR and 21st Century D&D. D&D could easily accommodate both by asking better questions of their market.

It is a matter of asking not "How do you play the game? " but rather,"How would you like the game to play?"

Nor is this exclusive to Dungeons & Dragons ; I have seen similar problems in the evolution of Shadowrun and World of Darkness as they have evolved as well.

As it is, Dungeons & Dragons has been engineered away from the style and structure of play that  have come to prefer, and it has become far easier to play a retroclone of an edition that offers me what I want than it is to hack it in to 5e. And give the explosion of 5e players who prefer the new structure, it seems likely it will drift further still.

Travis over at Grumpy Wizard covers a lot of bases that I glossed over in his response article here: Where the Shift from Old School Play Came From, As I See It
Posted by Brian C. Rideout at 8:31 PM